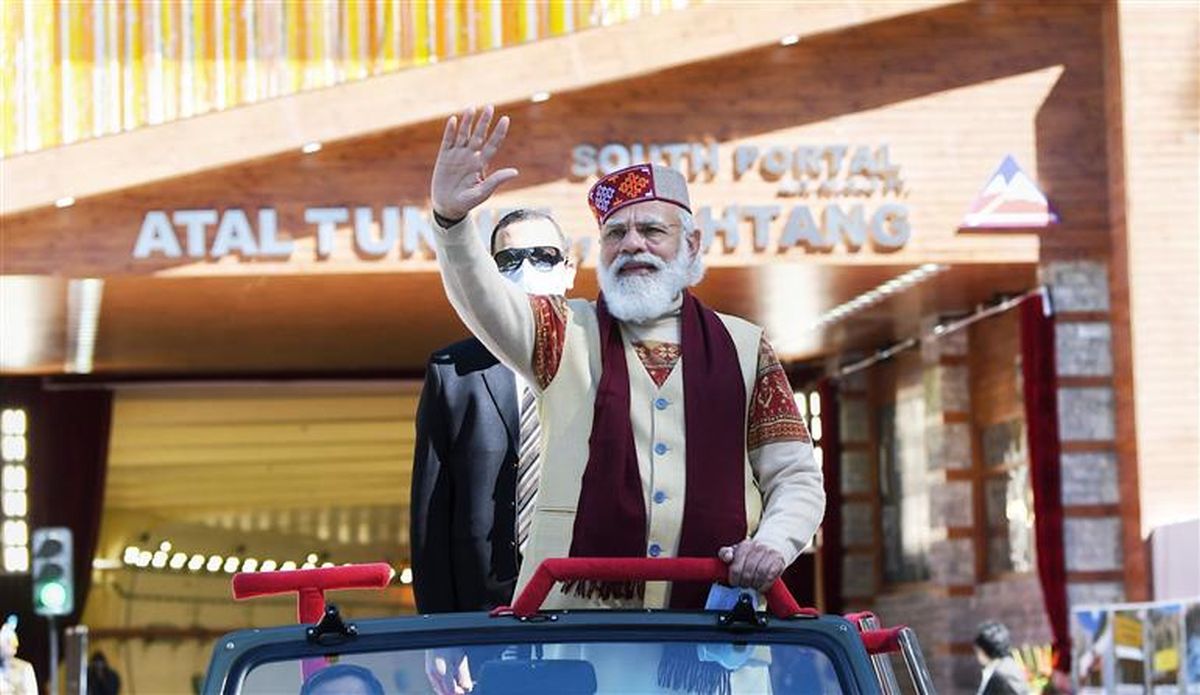 There will be uncertainty about outcomes, but one must hope for the best, observes T N Ninan. After seven long months, the news cycle has at last turned positive.

The daily tally on COVID-19 infections has started declining, with a sharper fall in the number of active cases.

The daily death toll too has shown a dip.

This change of trend on the pandemic has meant that the drastic overnight shutdown that set off massive economic disruption and much human suffering is getting ever more limited in scope.

More people are up and about.

The stock market is riding a buoyancy and liquidity wave.

The Sensex is still below its previous high point, but not by much.

This does not mean the macro story has suddenly changed, as underlined by the Reserve Bank’s bleak projections for growth this year.

So it is worth recalling Churchill’s words after the British victory at El Alamein, more than three years into World War II: This is not the end, it is not even the beginning of the end. But it is perhaps the end of the beginning.’

Seven months into the pandemic, it may not be even that for many individuals and businesses.

Consider that the economy will not stop shrinking till the low-base effect kicks in.

Recovery to pre-Covid levels will take all the way to 2022, if not further.

Many sectors remain deeply troubled, like the financial system and travel-related businesses.

The full extent of business failures will not be known for a while.

And yet, corporate results for the July-September quarter will almost certainly register improvement over the previous quarter, and deliver positive headlines to lift the mood.

The human brain is wired to remember pain, though the body gets instant relief when pain stops.

Even as businesses recover and jobs come back, scars will remain in the memory: The shock of suddenly losing incomes and jobs, the long and desperate trudge home, the downward adjustments in expectations of the future, and the switch from working in big, prosperous cities to physical labour at rural MGNREGA sites.

Consumers will save more when savings already outpace investment (hence the current account surplus), and banks will be more risk-averse.

On the other hand, many are getting back to old livelihoods and some companies are offering incentives to get back their old workers.

How creditable do the government’s actions look at this stage?

Its economists have put up a persuasive defence of the record till now, but the end results are much worse than in broadly comparable countries like Pakistan and Bangladesh — on both the pandemic and the economy.

The shutdown did not factor in migrant labour, and the failure to provide consumption support for millions rendered jobless (to be paid for by monetising the expenditure) is hard to defend.

To its credit, though, the government has been busy on longer-term issues.

It has put together the elements of its self-reliance package, with production incentives and protective tariff walls.

While this approach runs counter to accepted theory and multi-country experience about what works best, there is always some scope for import substitution.

Hence, amidst the investment slowdown, there is the trickle of goodnews announcements about factories being started by companies moving out of China and starting electronic assembly here.

Samsung was a particularly telling example of a company that lost faith in India, pulled down shutters and moved to Vietnam, from where (to add insult to injury) it began exporting to India.

Now it is coming back.

The new scripts for agricultural marketing and conditions of work spell opportunity.

Policies have also been changed for mining and defence manufacture, while the rules for the digital economy are being drafted even as the big boys from home and abroad gird for battle.

This is substantive policy and legislative action, and points to a second attempt by the Modi government to get it right on the economy, after the misadventures of the first round.

There will be uncertainty about outcomes, given that success depends on interlocking process changes more than on one-time announcements, but one must hope for the best.